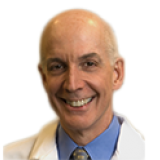 Robert M. Bernstein, MD, MBA, FAAD, FISHRS is a Clinical Professor of Dermatology at the College of Physicians and Surgeons of Columbia University in New York. He is a world-renowned pioneer of modern hair transplant surgery and founder of Bernstein Medical – Center for Hair Restoration in New York. Dr. Bernstein is recognized for developing Follicular Unit Transplantation (FUT), Follicular Unit Excision (formerly known as Follicular Unit Extraction) (FUE), and Robotic FUE, the procedures that revolutionized the field of surgical hair restoration and have led to improved outcomes for thousands of patients.

In addition to pioneering and improving hair transplant procedures through research and medical publications, Dr. Bernstein is known for his exceptional surgical skills and keen aesthetic sense in designing a hair transplant. He has performed thousands of surgeries over more than 20 years, and the results speak for themselves. You can see before and after hair transplant photos for more than 200 patients on the Bernstein Medical website in the photo galleries. His website also has a section dedicated to letters he has received from patients.

Dr. Bernstein is on the forefront of robotic hair transplant technology and collaborates with Restoration Robotics to improve the ARTAS® Robotic System for FUE. Bernstein Medical is a beta-test site for studying and deploying new applications in robotic hair restoration technology and Dr. Bernstein is a medical advisor to the company. Advances to the ARTAS System that were introduced at Bernstein Medical include: customizable punch sizes, more efficient graft harvesting, robotic recipient site creation, automated graft selection, a “long-hair” technique that enables Robotic FUE without shaving the entire donor area, plus several other important modifications. Every FUE procedure at Bernstein Medical uses the precision of the ARTAS system.

As the most published author on the subject of FUT and FUE – with over 70 articles, editorial reviews, books and textbook chapters – Dr. Bernstein is widely recognized as an authority on all aspects of hair transplantation and hair loss. His landmark scientific papers on FUT and FUE are considered seminal works in the field. Dr. Bernstein was cited in “Millennium Paper: A History of Dermatologic Surgery in the United States,” as one of three physicians who lead the advancement and development of surgical hair restoration. For the layman, Dr. Bernstein co-authored Hair Loss & Replacement for Dummies, a thorough guide to male and female hair loss and its treatment.

Dr. Bernstein has received the “Platinum Follicle Award,” the highest honor awarded by the International Society of Hair Restoration Surgery (ISHRS). In presenting the award, the president of the ISHRS said, “Dr. Bernstein has contributed to the field of hair transplantation in dramatic and substantial ways, revolutionizing the advancement of Follicular Unit Hair Transplantation. His published articles have become ‘Bibles’ for this methodology.” Dr. Bernstein has also been honored as “Pioneer of the Month” and “Surgeon of the Month” in Hair Transplant Forum International, the journal of the ISHRS.

Dr. Bernstein has made numerous appearances on television and in the media, including: The Oprah Winfrey Show, The Dr. Oz Show, Good Morning America, The Today Show, CBS News, ABC News, Fox News, “The Doctors” on CBS, The Early Show, The Howard Stern Show, The Discovery Channel, Univision, Telemundo, and National Public Radio. He has also been interviewed by GQ Magazine, Men’s Health, Vogue, Interview Magazine, Columbia Business, The Columbia Journalist, The Wall Street Journal, and the New York Times.

Dr. Bernstein graduated with honors from Tulane University achieving the status of Tulane Scholar. He received the degree of Doctor of Medicine at Rutgers University, New Jersey Medical School where he was given the Dr. Bleiberg Award for “Excellence in Dermatology.” He received his dermatologic training at the Albert Einstein College of Medicine in New York where he served as Chief Resident. Dr. Bernstein also holds an MBA from Columbia University.

Dr. Bernstein’s practice, Bernstein Medical – Center for Hair Restoration, was founded in 2005 and is dedicated to the diagnosis and treatment of hair loss using the most advanced treatments and technologies. Our facility is located in midtown Manhattan, New York City. 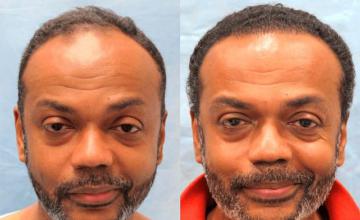 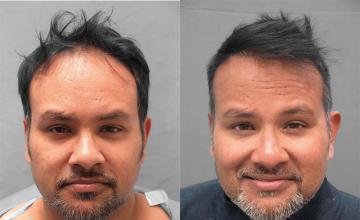 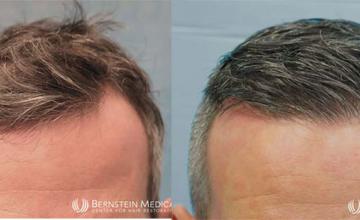