The Best Finasteride Protocol To Avoid Side Effects Micro-Dosing 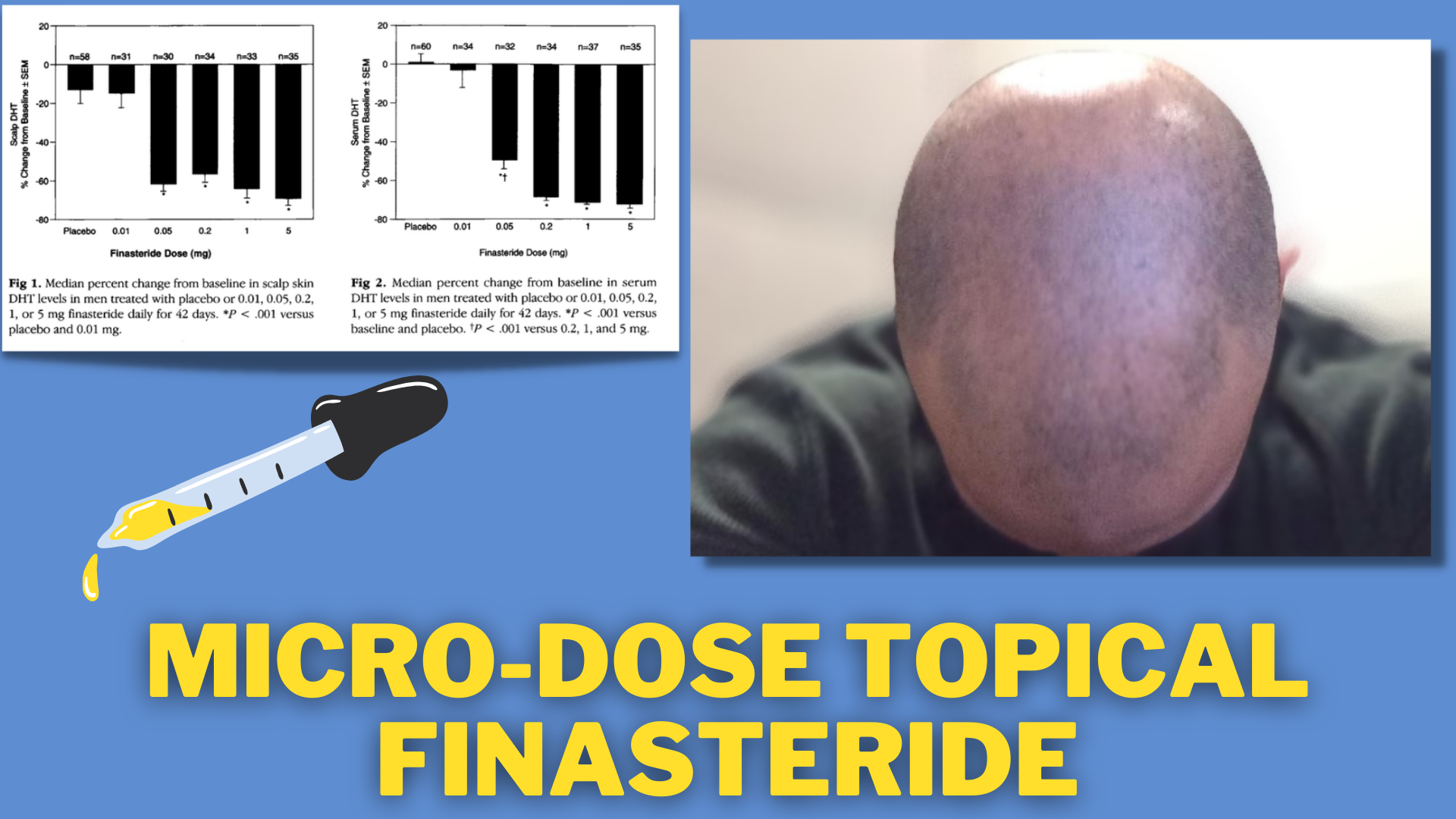 If you're losing your hair, chances are you've heard about finasteride, also known as Propecia. The medication has been FDA-approved for over twenty years. Merck initially developed the finasteride to treat benign prostatic hyperplasia (BPH), an enlarged prostate caused by DHT. DHT is the main culprit for causing male pattern baldness. Finasteride inhibits the 5-alpha reductase enzyme, which is responsible for converting testosterone into DHT via the bloodstream. Unfortunately, inhibiting DHT can cause undesirable adverse side effects like erectile dysfunction, low libido, gynecomastia, and cognitive disorders (depression, brain fog). In this article, find out how to use finasteride and avoid these side effects as much as possible.

Since finasteride has been around so long, there have been thousands of studies using various dosages. The FDA-approved dosage is 1mg per tablet. Initially, the drug came in 5mg tablets under the drug name Proscar, but the difference in DHT suppression from 5mg to 1mg is very little. Furthermore, the difference from 5 mg to 0.2 mg is 69% to 55%. One study showed finasteride plasma half-life is 6-8 hours, and tissue binding is 4-5 days, which means that the medication is still in your system a few days after taking the drug. The safest protocol should involve taking the smallest dosage possible every other day.

What's the difference between scalp and serum DHT? Serum DHT refers to the DHT circulating in your body. Scalp DHT refers to the DHT found locally on your scalp. Reducing serum DHT could cause more side effects. You do not have to reduce DHT systemically to stop the progression of androgenic alopecia. Reducing DHT on the scalp is the most effective way to stop DHT from binding to the hair follicles' androgen receptors and shrinking the hair follicles until they no longer grow- this process is called miniaturization.

Finasteride has been linked with many side effects, including permanent sexual dysfunction. Many dispute that finasteride causes long-term side effects, but there are enough anecdotal reports online to force the FDA to list it on Propecia's label. Micro-dosing the drug gives you the best possibility for success by reducing the amount of systemic reduction of DHT.