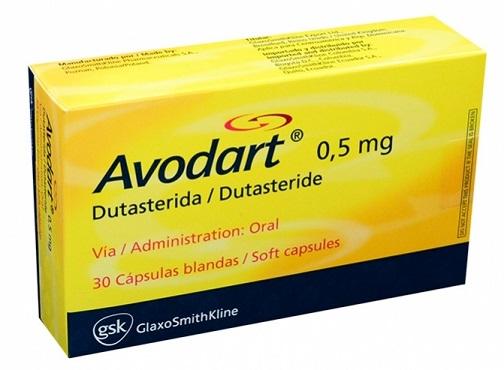 How hair loss medication can inhibit DHT and Alopecia Areata

If you are going bald you should seriously consider hair loss medication treatments to halt or even reverse your hair loss. While there is no “Hair Loss Cure”, hair loss drugs like finasteride (Propecia) and dutasteride (Avodart) can often stop or even reverse alopecia areata in most people.

However, just like any other drug, Propecia is accompanied by a list of potential side effects, some of which have been more recently reported as potentially long term.  You can read more about this in the "What About Side Effects" section further down this page.

Studies have shown that 80% of men using Propecia stopped or even reversed their hair loss to some degree. Preliminary clinical trials for Avodart appear even more effective than Propecia.

Propecia and Avodart are also less effective in growing hair in older men. These hair loss drugs work best for men who have been balding for less than five years.

Women must NOT USE Propecia

Both Propecia and Avodart are not recommended for use by women or children.

It’s been found that these drugs can cause birth defects. More specifically, these birth defects may occur when large amounts of the drug are absorbed into the body during the period of foetal development.

Physicians advise pregnant women to not handle Propecia tablets, as this may harm male foetuses. But as of yet, there has not been a single reported case of birth defects caused by handling these tablets.

Furthermore, there’s also no evidence that pregnant women exposed to the semen of Propecia or Avodart patients will risk any birth defects.

Propecia and Avodart are also not advisable for men with liver disease or prostate cancer.

Get a Prescription for Propecia or Avodart.

Often our member physicians will prescribe Propecia or Avodart to halt a patient’s hair loss and then restore the hair already lost with hair transplant surgery. These treatments in combination can work synergistically. The drugs work to halt the hair loss, while hair restoration surgery restores what was lost.

To get a prescription for Propecia or Avodart schedule a free no obligation consultation with any of our quality hair restoration physicians. Find a physician in your area.

Propecia and Avodart should be taken once a day. It has been found that after two years of treatment, Propecia effectively grows hair in about 66% of patients. Also, about 83% of the subjects receiving this treatment continue to maintain their existing hair after two years.

Propecia (Finasteride) was originally a drug called Proscar, which was used to treat and reduce men's prostate conditions such as benign prostatic hyperplasia (BPH).

Its parent company, Merck & Co., soon realized that the drug had a unique side effect - it grew hair on bald men's heads.

In December 22, 1997 the FDA approved Propecia as a hair loss pill. Merck & Co. then marketed the drug as a hair loss treatment under the trade name of Propecia.

More recently Dutasteride, sold as Avodart, has generated interest as a promising new hair loss medication. Like finasteride (Propecia) it inhibits the creation of DHT and was originally developed as a treatment for men’s prostate condition.

However, unlike Propecia, Avodart inhibits the creation of both type one and type two 5 alpha reductase enzymes. Dutasteride has been shown to decrease levels of DHT by 90% after only two weeks, making it a more powerful and faster acting weapon against hair loss than Propecia (Finasteride).

Sticking with the program to see results

Losing your hair took time. So too will regrowing your hair using Propecia or Avodart. These drugs require patients to take the drug daily for at least three months before any obvious changes will be noticeable. Most physicians advise taking these drugs for a year before evaluating their effectiveness.

At this time, Propecia and Avodart are only available by prescription. Our member physicians are available to discuss these hair loss drugs with you and prescribe them if appropriate. To find a quality hair restoration physician in your area.

Aside from Propecia and Dutasteride, there are other treatment options (all topical) that may or may not work to block the effects of DHT on vulnerable hair follicles. These include Revivogen, Crinagen, Progesterone Creams, and Xandrox (a type of minoxidil). Other DHT Blockers

To learn more about these treatments, as well as all other topical options, visit our Topical Hair Loss Products and Treatments section.

Baldness is largely the result of dihydrotestosterone (DHT) interacting with those hair follicles that are genetically vulnerable to their effects.

DHT is essentially the active ingredient or catalyst for the hair loss process. DHT binds with the receptor sites of genetically vulnerable follicles and gradually degrades the follicles ability to produce healthy hair. This eventually results in baldness in the affected areas.

Hair loss drugs like Propecia or Avodart work by inhibiting the conversion of testosterone into dihydrotestosterone (DHT). By reducing the amount of DHT present in the scalp the hair loss process is slowed and in some cases even reversed.

What about side effects?

Up until a couple of years ago, side effects when taking Propecia or Avodart were only considered temporary. However, over the last several years, many me have reported ongoing side effects from Propecia even after stopping treatment.  This more permanent condition has become known as "Post Finasteride Syndrome" or (PFS). Side effects included but aren't limited to reduced semen production, a reduced libido and softer erections. 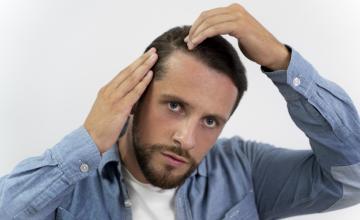 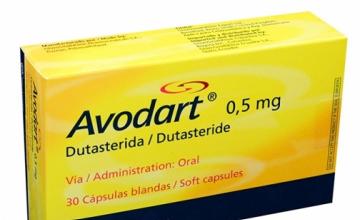 How hair loss medication can inhibit DHT and Alopecia Areata

What is Rogaine and how does it work? 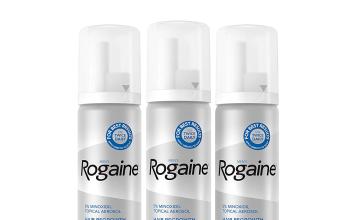 Rogaine Foam for Men and Women